Have You Heard? Geelong Has Changed.

There's so much more to Geelong than an excellent waterfront, but it's a great place to start. There's public art scattered across the coastline, perhaps best known for the Bollards; the colourful characters who highlight historic events and people who shaped the city. They've had an augmented reality update, so some of them will come to life and share their stories.

The best way to arrive on that waterfront is via the Port Phillip Ferries service, running between Geelong and Melbourne Docklands on the regular.

Old, industrial spaces are being transformed into creative hubs, urban precincts and fabulous eateries. From the conversion of an old mill into the East Coast headquarters of Little Creatures Brewing Co., to state of the art office spaces and historical buildings.

The city's cultural precinct at the west end of Little Malop Street features the excellent Geelong Gallery, the Geelong Library and Heritage Centre (as impressive inside as its world-famous exterior) and the Geelong Arts Centre. City Hall and the Old Post Office lend an air of history and grandeur to the area while street-art laced laneways branch off, with night spots and exciting eateries popping up everywhere.

A jam-packed schedule of events keeps the city busy throughout the year, from international cycling, airshows and sailing festivals, AFL matches ('carn the Cats) to intimate performances and live music.

Geelong has been reinvented. Come see for yourself.

Read all about it

Check out the latest news and blogs about Geelong.

Drink it in: Places to experience Geelong’s own beverages and bar scene

Summer in Geelong and The Bellarine is Worth the Wait

Art, Culture and Installations - Oh My: A Guide to Galleries and Museums in Geelong

The Bollards are Alive

follow us
Find out how you can join the conversation 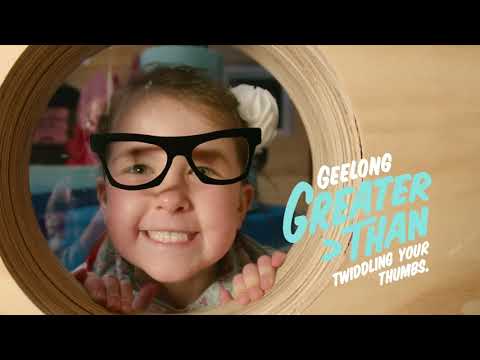 Accommodation What to do

What's On in Geelong

Get in on the action during your stay.